A screen, in its simplest description, is a sheet of material that has holes where smaller particles are allowed to fall through and larger particles are retained on the sheet. The purpose of a screen on a grit recycle system is to separate large, unusable particles from the smaller grit particles, and there are several types of screens that do this. The sheets can be made from a variety of materials, including woven metal cloth and steel with perforated holes.

For environmental and economic reasons, it is typically mandatory to recover and dispose or reclaim and reuse spent blasting abrasive. When the used grit is reclaimed, trash and other objects and particles are also recovered. These vary from large items such as gloves, safety glasses and pieces of rope, to smaller items such as chunks of rust, cigarette butts and small rocks and pebbles. To remove these larger objects from the smaller reclaimed blast abrasive, the preferred method is screening.

Screens come in various shapes and sizes and are  designed for different functions and methods of screening. After screening takes place, the large particles must be removed from the screen so it can be used to process additional material. In most applications, an automated operation — such as vibration or rotation — is introduced to add energy, moving the large debris from the screen surface to its edge, while the smaller grit falls through. In other applications, sloping of the screen is used.

Each type of screen serves specific purposes and has special features unique to its design. Which one is best for your application? Below is a brief description of the more popular types used on portable grit recycling systems.

A fixed screen is exactly as the name describes: fixed in place (although it may be installed on a slope) with no mechanical vibration or movement to assist in getting the material through. This is the lowest-cost screen, but it requires more labor to operate. The trash must be removed manually.

Vibrating screens are similar in design and construction to fixed screens, but they are typically mounted on resilient material mounts or springs with a vibrator affixed to add motion to the screening process. In many applications, these screens are mounted on a downhill slope so the large, vibrating particles move to the edge of the screen and are removed from the process stream. Also, these screens can be stacked to make several different size separations at the same time. For example, a screen with larger holes can be stacked on top of a screen with smaller openings so that the large, oversized particles are removed by the top screen, the middle-size particles stay between the two screens, and the small fines fall through the bottom screen. 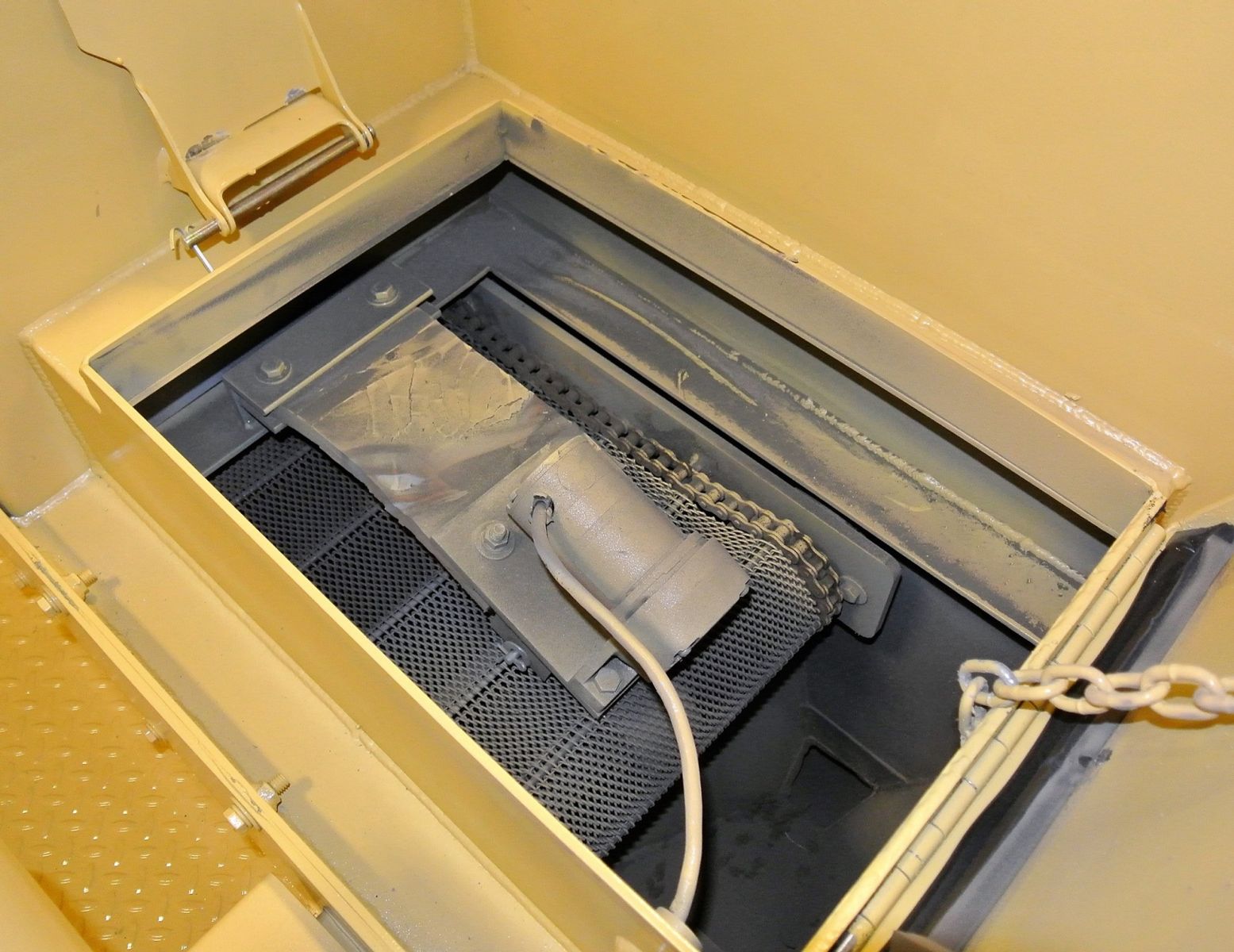 Vibrating screens are economical to use and install, providing more throughput than a fixed screen and offering the option to automatically discharge the large particles at the end of the screen. However, they typically blind, often with particles that fall into an opening and get stuck, as they are too large to fall through but cannot be jarred loose by the vibration. These stuck particles can only be removed by manually cleaning the screen. So while vibrating screens will require less labor than fixed screens to operate, they will require more expense to operate than a fully automatic screen.

Rotary screens, also called Trommel screens, are cylindrical in shape and vary in length and diameter, depending on the size and capacity of the material to be screened. In rotary screens, the process stream is introduced into one end of the cylinder. The rotating motion of the screen helps move the material through the cylinder. This movement is usually aided by sloping the screen downward or by inserting internal screw flighting or fluting. Eventually the large particles are discharged at the end of the cylinder.

Rotary screens can have different size openings, starting with the smallest holes at the entrance and incrementally larger ones along the length of the cylinder. This allows for a multiple-sizing operation in one rotary screen.

Rotary screens are very effective and, essentially, automatic, requiring very little manual cleaning. They don’t have the blinding problem found on fixed and vibrating screens since the material is continuously lifted and dropped as it moves down the cylinder. However, they are much more expensive than vibrating screens, require power to rotate the them and have other rotating parts and shafts not used on vibrating screens. They also can take up more space and height to install.

A belt screen is a conveyor with a moving belt made from a flexible, perforated screen that wraps around the pulleys at each end of the assembly. Material is dropped onto the screen near the start of the belt. The small particles fall through the screen while the large particles remain on top, carried to the end of the belt and discharged. This mechanical movement provides positive displacement of debris out of the process stream. The type of screen can handle a wide range of particles and some hard-to-handle items, such as long pieces of rope and sticky debris like tape. These hard-to-separate items are relatively easy for the mechanical action of a belt screen.

Belt screens are smaller and shorter than rotary screens – close to the size of vibrating screens. Vibrators can be added to belt screens to assist in the materials separation and to increase processing capacity. Like rotary screens, belt screens require power to operate and have rotating parts. They can also be sloped, but this is not usually necessary.

When selecting an abrasive reclamation and recovery system, attention needs to be given to all of its components and their assembly — with special consideration given to the screener. Find out what trash and debris will be encountered, and select a screen that is made for the application. A well-designed screen will enable the smooth flow of abrasive through the system’s different components, preserving the integrity of the system and providing years of reliable service.

For a downloadable pdf of this story, click here.